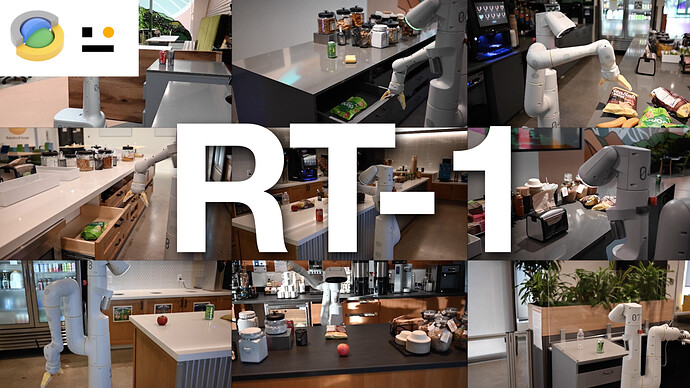 By transferring knowledge from large, diverse, task-agnostic datasets, modern machine learning models can enable solving specific downstream tasks either zero-shot or with small task-specific datasets to a high level of performance. While this capability has been demonstrated in other fields such as computer vision, natural language processing or speech recognition, it remains to be shown in robotics, where the generalization and fine-tuning capabilities of the models are particularly critical due to the difficulty of collecting real-world robotic data. We argue that one of the keys to the success of such general robotic models lies with open-ended task-agnostic training, combined with high-capacity architectures that can absorb all of the diverse, robotic data. In this paper, we present a model class, dubbed Robotics Transformer, that exhibits promising scalable, pre-trained model properties. We verify our conclusions in a comprehensive study of different model classes and their ability to generalize as a function of the data size, model size, and data diversity based on a large-scale data collection on real robots performing real-world tasks.

In the past few years, we have seen powerful machine learning models that achieve significant generalization capabilities by absorbing large amounts of data. For example, large language models such as PaLM or GPT-3 can generalize to many tasks such as language understanding, code completion or arithmetic, especially as their number of parameters increase. Importantly, these large models have the ability to effectively absorb large amounts of diverse data. In the case of large language models that data being text, which allows them to discover patterns and generalize between the observed datapoints. Can we find similar data-absorbent models for robotics? Does such a model enjoy the benefits of scale seen in other domains? And does it exhibit effective zero-shot generalization to new tasks, environments, and objects?

To investigate these questions, we present Robotics Transformer, RT-1, a Transformer-based model that we train a large dataset of multi-task demonstrations and showcase how it generalizes to new tasks, how it is robust to changes in the environment and how it allows to execute long-horizon instructions. We also demonstrate its capabilities to effectively absorb data from very different domains such as simulation or different robots.

How does Robotics Transformer model work? RT-1 takes a short sequence of images and a task description in natural language as input and outputs an action for the robot to execute at each time step. To achieve this, our architecture leverages several elements: first, the images and text are processed via an ImageNet-pretrained convolutional neural network (EfficientNet) conditioned on a pretrained embedding of the instruction via FiLM layers to extract visual features that are relevant to the task at hand. This is then followed by a Token Learner module to compute a compact set of tokens, and finally a Transformer to attend over these tokens and produce discretized action tokens. The actions consist of seven dimensions for the arm movement (x, y, z, roll, pitch, yaw, opening of the gripper), three dimensions for base movement (x, y, yaw) and an extra discrete dimension to switch between three modes: controlling the arm, the base, or terminating the episode. RT-1 performs closed-loop control and commands actions at 3Hz until it either yields a terminate action or runs out of pre-set number of time steps.

I think combing language models with robotics is a very promising area and something I’m exploring with Argos Translate. By using one neural net for language tasks like machine translation and robotics task the robot is able to understand natural Human languages and act accordingly in the physical world.

I bought and assembled a HiWonder Robotic Arm that I’m working on controlling with Argos Translate. 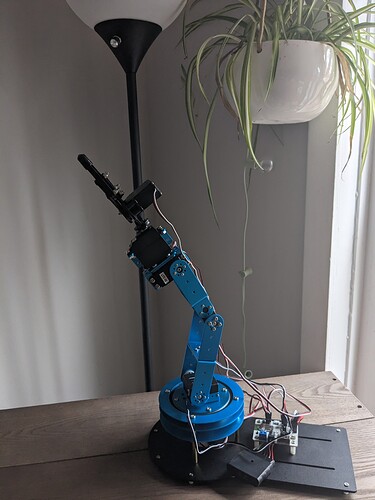 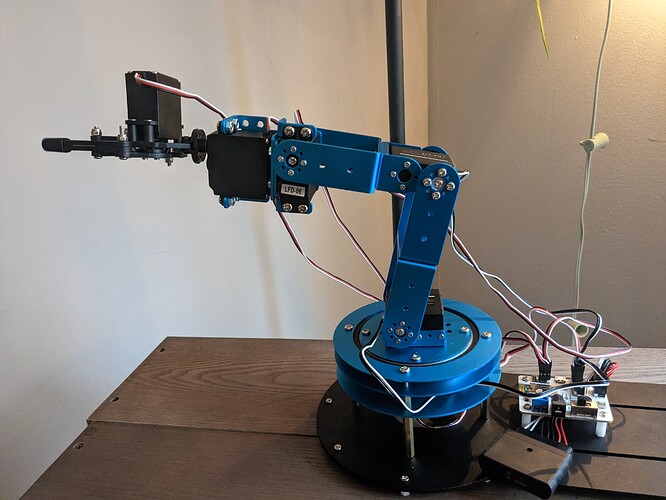 I don’t think this is immediately practical but I’m an electronics noob and this is a good way to improve my skills.

The idea is to embed the sensor data as text, including camera images, and then “translate” this source text to a target text string in JSON format to give control commands to the arm. I don’t think this would be as efficient as the algorithm described in the above paper but it would let me use one software pipeline for both NLP and robotics.

What a cool project! The best way to learn electronics is to dive into it.